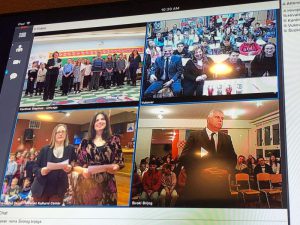 Since 2017, our school has been a part of a pilot project involving collaboration between the homeland and diaspora elementary schools called Roots. This project has been initiated by the Central State Office for Croats Abroad. The goal of the project, among other, is for elementary school children from the Republic of Croatia, Bosnia and Herzegovina and diaspora to meet and learn about each other in order to strengthen their consciousness about indivisibility of Croatian people as well as promote our nation’s unity, but also to break communication barriers between Croats in the Republic of Croatia and those who live abroad, especially among the youngest generations. 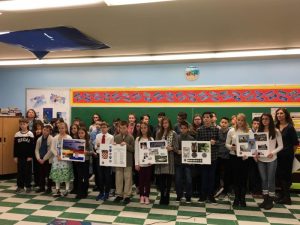 All three Croatian Schools from Chicago – Cardinal Stepinac, Croatian Cultural Center and Sacred Heart are participating in this project along with Elementary School “Dragutin Tadijanović” from Vukovar, Croatia and First Elementary School from Široki Brijeg, Bosnia and Herzegovina.